On a quiet Saturday this past weekend, I passed my ten-year anniversary of working at Automattic (A8C). If you’d told me a decade ago that I’d still be working here – and even more, still liking what I do – I truly don’t think I would have believed you!

Over the last ten years I’ve become friends with colleagues from around the world. We’ve gone on adventures in helicopters, planes, boats, busses, and subways. Partaken in meals and cocktails in Panama, Portland (both Oregon and Maine!), Lisbon, Barcelona, and beyond. Shared our lives and supported each other, most importantly.

In my daily work, I’ve witnessed countless WordPress users’ lightbulb moments, receiving thank yous ranging from the brief to the heartfelt. And who can forget the guy who wrote me an unforgettable song about CSS!

I’ve mentored new public speakers and given talks on topics I’m passionate about, from Hawaii to Halifax. Taken advantage of opportunities to grow, stretch, and put my skills to use on new projects and new teams. Enjoyed the time off I needed, whether to recharge my batteries over a week-long vacation or gain new perspectives during a three-month sabbatical.

Long story short: I felt lucky the day I was hired full-time, and I still feel lucky today. Thank you, A8C.

Since my 2019 sabbatical and throughout the pandemic, posts related to my working life have been sparse.

But I have some news to share that I’m really excited about! As I approach my 10th anniversary with Automattic, I’m about to embark on a new challenge.

In just a few weeks, I’ll be leaving my beloved team Jupiter to join a newly formed team of three Happiness Engineers, called Comet. Our time over the next year will be devoted to helping with the WordPress.org project and giving back to the open-source community as part of Five for the Future.

Since my pre-Automattic WordPress experience includes working on self-hosted sites and volunteering in the WordPress.org support forums, I’m particularly excited to return to my roots, in a way. I can’t wait to see what the next year brings!

I’m very excited to be involved with the first ever WordPress.com Growth Summit, a two-day conference taking place next week, over August 11-13. The event features blogging, business, and creative tracks, with over 50 speakers from around the world who use WordPress in different ways: from web development pro Chris Coyier of CSS-Tricks, to Smitten Kitchen’s food blogger extraordinaire, Deb Perelman, to wellness expert Millana Snow, who ran an incredible 1000+ person breathwork workshop at our company meetup last year. Live demos and Happiness Bars for personalized technical support round out the program.

Our amazing Events team at Automattic has planned the conference so that everything runs twice, to accommodate folks in just about any time zone – and the sessions will be recorded, too! (They’ve been learning a lot while organizing this event, and shared some of their insights in a recent post.)

I hope to see some of you there – and I’m pleased to provide a discount code for 20% off the registration fee: Kathryn20

check out the summit

The last month has been an unusual time. I’m on sabbatical from my job at Automattic, an amazing benefit offered once you’ve worked there for at least five years. The sabbatical is no-strings-attached, so in these three months I can do whatever I want. What it’s allowed me to do is start to discover who I am without work, a state I’m getting more used to, more quickly, than I thought I would.

And who is this non-working person? Someone who’s restored by being in nature – particularly mountains and forests. Who values long conversations with old and new friends, beyond the superficial. Who thrives on art of all kinds – both the appreciation and creation of it. And who can even remember how to use the manual settings on a camera with enough repetition.

I’ve given up hope of doing anywhere close to even half the things I had optimistically put on my “sabbatical projects” list. Between two major trips – highlights from the first below – and regular heat waves that inspire nothing more than hibernation in cool air, it certainly won’t be a time of massive productivity, but you know what? I think I’m OK with that.

I’d never been to this smaller Canadian city before, but I can see the appeal of everything on a smaller scale, while still having access to good restaurants and some arts and culture. Loved catching up with my good friends Jeff & Rachel and their kids here.

Edmonton, you impressed me with your vibrancy and funkiness! My friends Sarah & Elliott kindly hosted me, and introduced me to some of their favourite spots for brunching, shopping, and hiking. We also explored a few new attractions together, like riding on a restored Japanese car on the adorable and quirky High Level Bridge Streetcar line. I think their sweet doggo Munroe even remembered me from when they lived in Montreal. (At least that’s what I like to tell myself.) I also had dinner with three of my Edmonton-based colleagues – an enjoyable perk of travelling while working for a distributed company is that I have people to potentially meet up with all over the world. 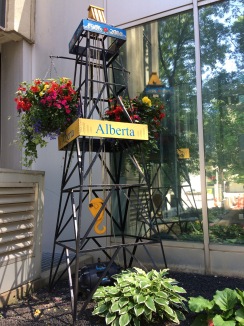 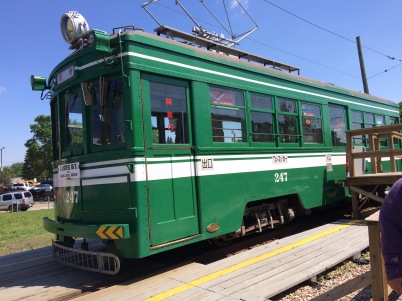 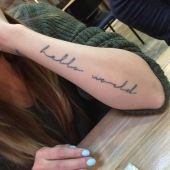 On the drive from Edmonton to Jasper lies a small mountain town called Hinton. And that’s where I stopped to meet up with Paul, a friend from elementary school, who now happens to live there! It’s a strange series of events that led us to reconnect, but we had a good time reminiscing over Mexican food and walking along one of the town’s claims to fame: the Beaver Boardwalk, where we abided by the signs like obedient Canadians and did not break the dams. (Who would do this?) 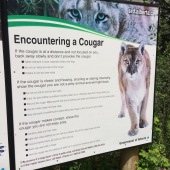 luckily we didn’t encounter a cougar

I explored gorgeous Jasper and Banff National Parks for a couple of days, getting my fill of beautiful mountain landscapes. Wildlife abounds, and I saw plenty of bears, elk, mountain goats, and big-horned sheep, with the elusive coyote, osprey, and bald eagles also making appearances.

Let’s start with the big-horned sheep because they’re adorable and fascinating and grotesque in their moulting:

And a cross-section of other creatures:

Everywhere I went, the surroundings were breathtaking: 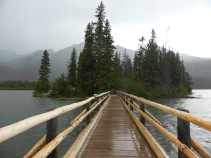 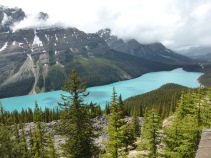 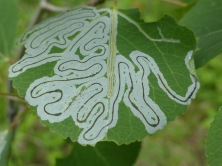 I went on an unforgettable adventure on the Columbia Icefield at the Athabasca Glacier: 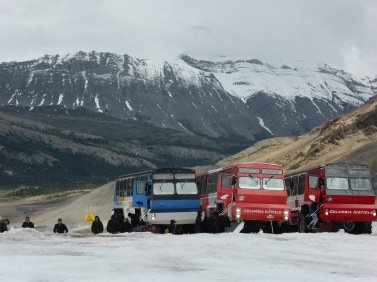 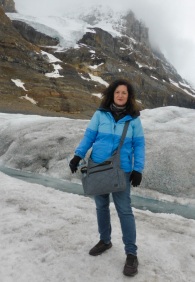 And I even got a quick taste of Calgary before heading to the airport – including its spectacular new downtown library – thanks to my friend Sarah’s lovely father David: 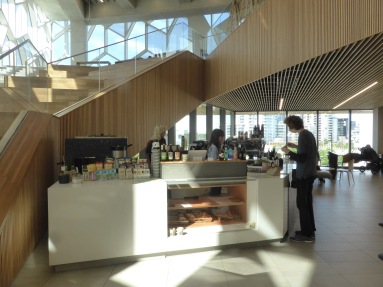 I would return to any of these places in a heartbeat. Thanks to everyone who helped make my time out west so memorable.

In fall 2015, we held the first diversity and inclusion workshop at Automattic’s annual Grand Meetup. As part of a breakout session, we brainstormed around what we could do to give people a good sense of what it’s like to work here. And more specifically, how could we better attract diverse candidates to join us and thrive?

An idea that came up was to collect written testimonials from Automatticians — what we call people who work at Automattic — to use in recruitment efforts, and I volunteered to spearhead that effort. A couple of my colleagues immediately offered to help. Later during the session, our CEO, Matt Mullenweg, suggested that video interviews could be even more effective than written testimonials, and I agreed. Before I knew it, the Meet Our Colleagues video series was born.

Since then, we’ve conducted over 30 interviews, from developers, data scientists and designers, to HR wranglers and business folks. Colleagues volunteered to edit the interviews, and I’m especially grateful to Nancy Thanki, Tish Briseno, Ryan Ray, and our current editor, Glenn Pearson, for their work. Special thanks to my fellow Happiness Engineer Sarah Blackstock, who’s been been my right-hand woman on the project from the start.

Speaking of engineering happiness, many people ask me what being a Happiness Engineer (HE) at Automattic is like, along with advice on what it takes to be a good one — which I’ve written about briefly before. Over the last couple of years, we’ve chatted with many HEs as part of the video series: check out the interviews with Hari Shanker, Carina Pilar, David Cole, Cécile Rainon, Darnell Dibbles, Yuvraj Vaghela, David Watkis, Marjorie Asturias, Doug Aitken, Luminus Alabi, and Praveen Selvasekaran. They help folks get the most out of WordPress.com, WooCommerce, WordPress.com VIP, and other Automattic products, working from around the world: from France to India; Brazil to Scotland; the United States to Ireland.

Stay tuned for more interviews throughout the year!