Tucked away in Myanmar’s Shan State, Inle Lake is a whole world on water. From houses to restaurants to monasteries, buildings are constructed on stilts, directly over the freshwater lake. Produce grows hydroponically on “floating gardens.” A market rotates among five communities situated around the 116 square-kilometre (44.9 square-mile) lake, bringing with it necessities like produce and dry goods, a barber shop, and even dental services, complete with a foot-powered drill. (Check out photos from the market in my earlier post.)

Boats transport everything and everyone; I never got used to their noisy diesel engines, and wondered if the residents of this area ever did. It was a contrast of old and new: satellite dishes proliferated and cell-phone reception was great, yet I saw laundry being done by hand and few windows seemed to have any panes. Men with traditional fishing foot oars and wooden baskets were apparently strategically stationed especially for tourist photo-ops, although “real” fishing is still done, with slightly more modern gear. 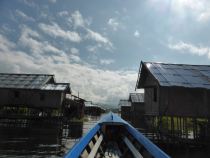 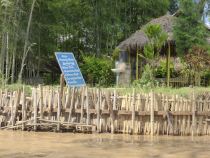 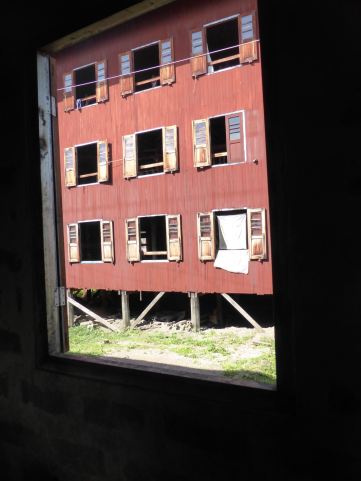 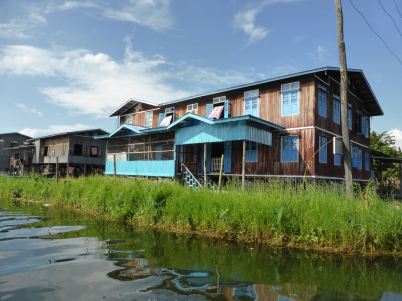 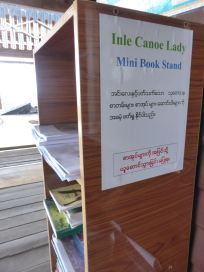 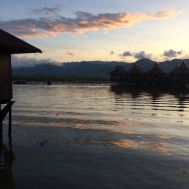 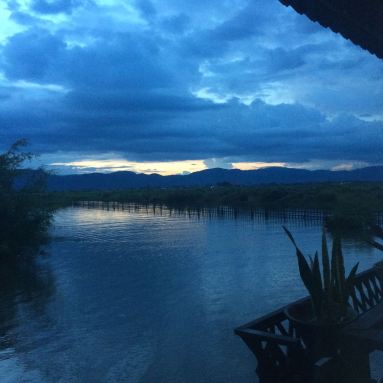 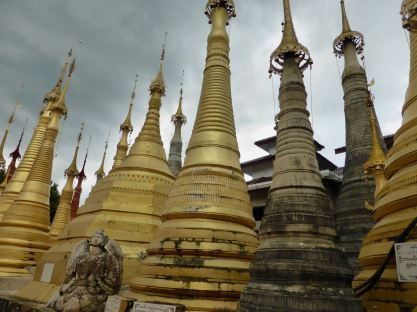 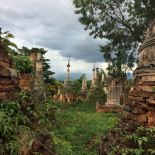 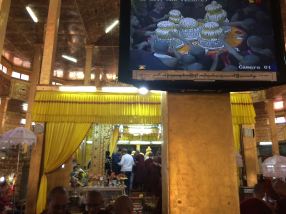 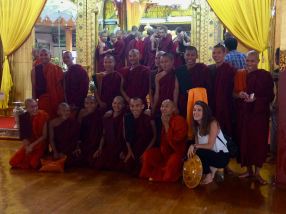 I took a couple of videos to make sure I remembered the sound and feel of moving along Inle’s waterways.

Before hopping a boat to Inle Lake, we explored the huge nearby limestone cave at Pindaya. Packed with thousands of images of the Buddha, we were told it’s one of the few places in Myanmar where women are allowed to add squares of gold leaf to the Buddha figures.

Don’t even think about smoking 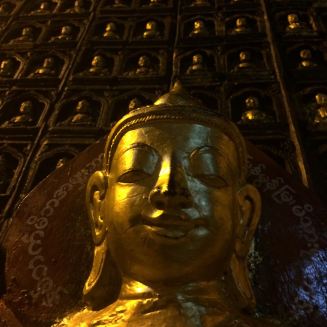 We watched demonstrations of lotus-fibre weaving, along with the making of cheroots (a type of open-ended cigar), mulberry paper, parasols, and silver jewellery. Touristy? Absolutely. But the crafts were gorgeous and made great gifts – and who am I kidding, I have a weakness for beautiful scarves. 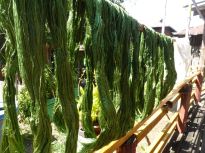 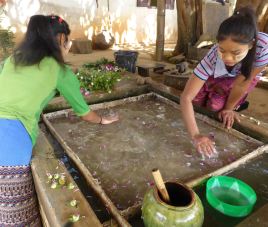 I never got used to seeing so many stray cats and dogs everywhere I went in Myanmar. At least the ones we saw at some of the monasteries appeared to be cared for.

I was seriously tempted to come home with a number of these furry cuties. I settled for photos instead.

This is the third and final post about my fall 2017 trip to Myanmar. Missed the others? Here’s one focussing on food and markets, and another about my adventures in Mandalay, Bagan, and Yangon.

Leave a Reply. (I'm unable to answer support requests in comments - check out my list of WordPress resources instead: http://wp.me/P3znQ7-dZ ) Cancel reply