Last night we celebrated the 40th anniversary of the New School, an alternative program at Dawson College based on principles of humanistic education. At the same time, we paid tribute to Greta Hofmann Nemiroff, retiring longtime teacher and co-director of the school.

I got a chance to experience the New School in its heydey, when it still occupied two whole floors of an Old Montreal office building. After an unhappy high-school experience where I’d ended up in advanced science and math classes despite not a shred of interest in those subjects, I was finally in my element. We had darkrooms, film editing labs, art studios, a ceramics kiln, and a black-box theatre. Apparently we even had our own library, though I don’t remember it. Classrooms felt more like living rooms, complete with homey couches. We brought mugs to make tea in the common spaces, where plenty of plants added to the cozy feel. I became addicted to Earl Grey.

I felt like a whole person at the New School, respected and valued for qualities beyond my academic performance. We “shopped” for “learning groups” at the start of each term and created our own curriculum. These groups were later matched with official government-sanctioned course names in a strange ritual called “course matching.” I would look at my transcript every semester and have no idea what courses I actually took.

Everyone participated in twice-weekly “bands” in which the subject was our lives. We talked a lot about process, about our feelings, about how we interacted with each other. We did self-evaluations and group evaluations. I learned to become self-aware. We were very earnest and idealistic.

There was a saying at New School, emblazoned on a T-shirt:

There is no broccoli at New School, but if any showed up, we would accept it for what it was.

You probably had to be there.

I met people from all walks of life and made lifelong friends. I learned the art of the potluck and discovered hummus. I listened to Kate Bush, Suzanne Vega, Jane Siberry, Joni Mitchell. I became addicted to the toasted tomato sandwiches served in the basement cafeteria.

One semester, I facilitated a learning group and we put out three issues of a school newspaper, in the era just before desktop publishing became commonplace. We cut up typewritten newspaper articles, pasted them up with scotch tape, and photocopied and stapled them together. We ran a bake sale and car wash to raise funds for photocopy costs. I wrote this piece for one issue:

I pursued my passion for theatre and soon discovered an even greater passion for film, encouraged by a mentor in the form of teacher Simon Davies. (I went on to study film and TV at university.) Through Greta and my peers, I discovered feminism and activism, became even more unafraid to go against the tide, and learned how to articulate and speak up about things that were important to me.

At New School, I thrived, and it helped shape who I am. I wish New School all the best for the next 40 years. 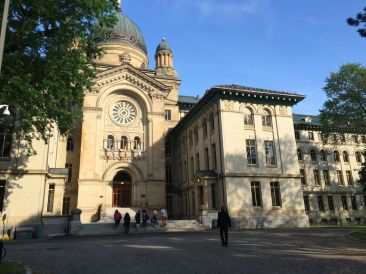 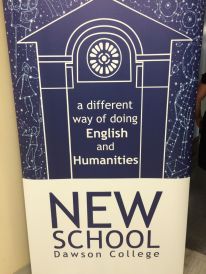 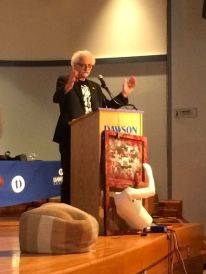 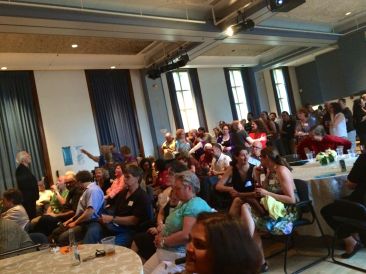 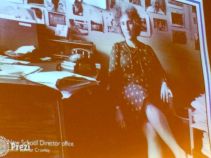